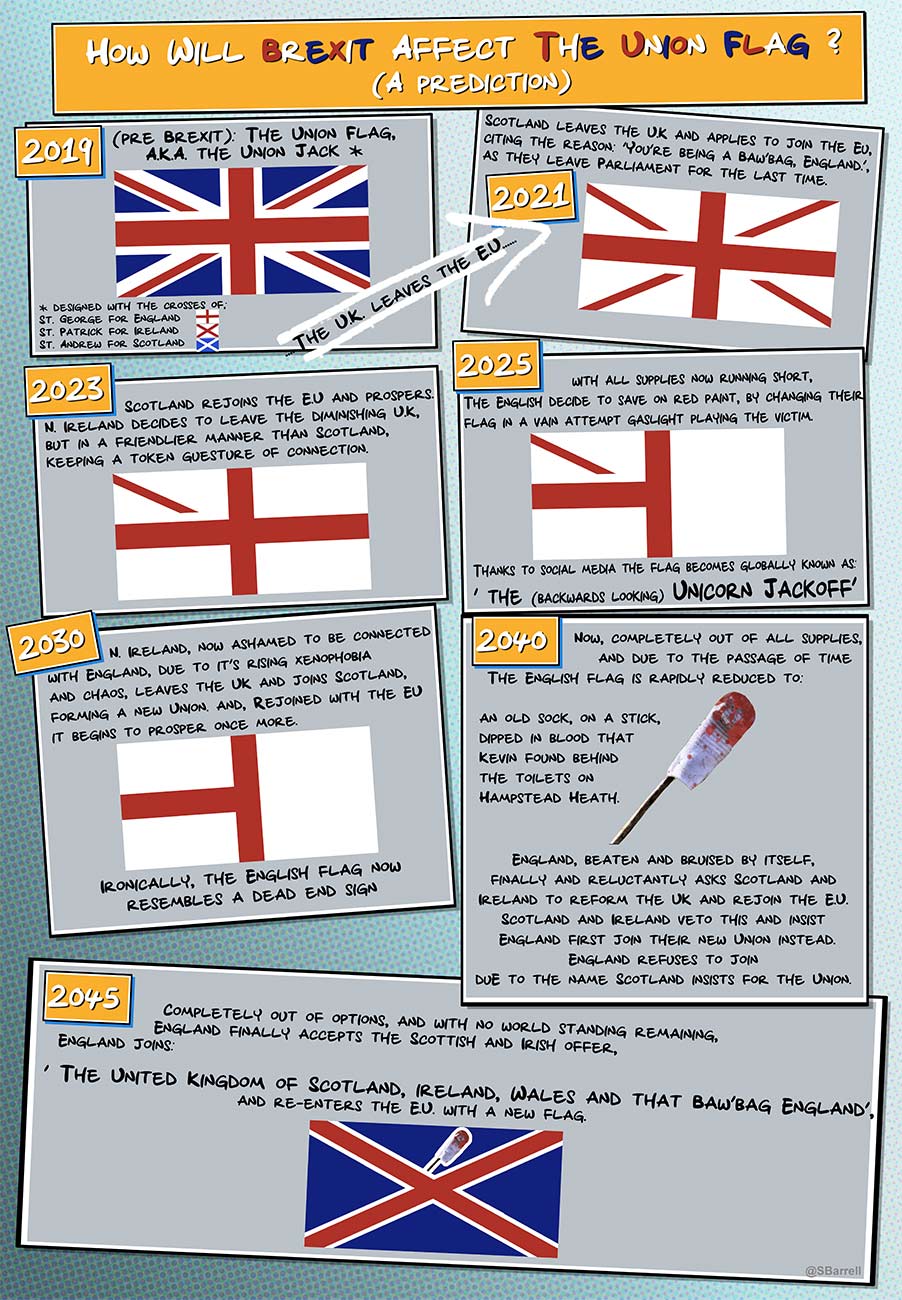 When will it all end?

Prime Minister Theresa May is trying once again to get her so-called Plan B brexit deal passed. In the likely event that it will be rejected (like Plan A), there will certainly be no way out for the United Kingdom. The European Union have already said they will not make any more concessions. As far as they are concerned, the negotiations have finished.

Barring a last-minute miracle, the UK could be set to leave the EU without a deal on March 29th… and it could be a disaster as businesses close or relocate, supplies from food to medicines are being stockpiled, immigration issues despite assurances from the government remain unresolved, and the realisation that the nation’s already teetering economy could slowly collapse, leading to social disorder.

Sadly, many of those who still support a hard brexit remain in denial, arguing that the economic and social unrest is a price worth paying so that the nation can no longer be mythically controlled by the EU. The rest of us who have been trying to make sense of the continued failure of our parliamentarians to do the simplest things so that the UK can leave with some sort of dignity.