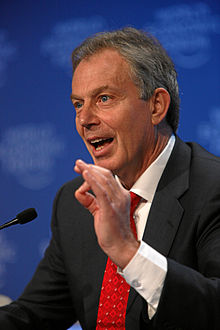 So, former Prime Minister Tony Blair, former (to some people, current) public enemy number one, is returning to front line politics. Why?

“What’s happening in Britain really worries me,” he says in this headline in the Daily Mirror, probably the only newspaper who will back the Labour party in this year’s Brexit election.

Twenty years after Labour’s first of three election victories, the party could be reduced to a small rump of MPs in the forthcoming Conservative landslide, if the current opinion polls are to be believed.

Mr Blair’s latest public intervention is not about trying to stop the UK from going through some commentators call “a very damaging withdrawal” from the European Union, but like many of his supporters, he seems determined to continue help undermining current party leader Jeremy Corbyn.

If anything, his mere presence will certainly mean that Labour will lose yet more votes.

It would be preferable to all concerned if Blair did the honourable thing… and kept quiet.