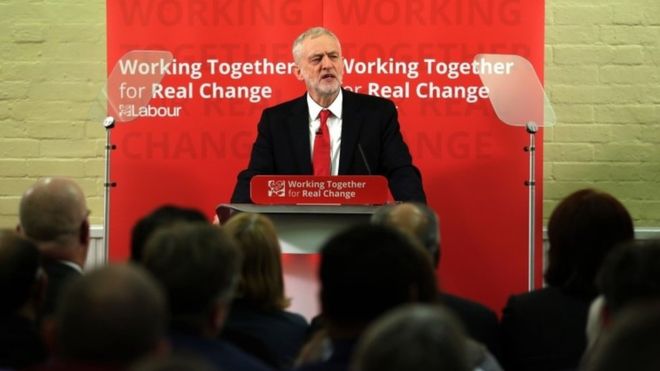 There will a double by-election on 23 February following the recent resignations of two Labour MPs.

Jamie Reed quit as member for Copeland, and Tristam Hunt quit as member for Stoke-on-Trent Central to leave for lucrative jobs elsewhere. Both MPs were long-time critics of current leader Jeremy Corbyn. There have been rumours that more Labour MPs, fearful of seeing themselves in opposition to the Conservatives for a decade or more, are also considering jumping ship.

Over the years, the Labour majorities in both seats have fallen alarmingly, and now both seats are vulnerable (At the last general election, the Conservatives were second in Copeland, while UKIP were second in Stoke). To complicate things further, voters in both seats voted by a majority to leave in the EU referendum.

As we all know, the Labour party is now heavily split, not just between the MPs and the members. There are splits between the affiliated trade unions and the MPs, MPs and fellow MPs, Corbyn supporters and moderate supporters, left-wing members and the Blairite old guard. Trying to get these different people to agree on a single policy in Parliament to take to the British people and to hold the government to account would be very difficult indeed. There has been very little debate over what they did wrong in the 2015 general election and what lessons they could learn from that defeat, instead there has been a lot of substantial backstabbing and bloodletting. It’s no wonder that voters feel put off Labour.

In parliament Jeremy Corbyn’s decision to force his MPs to vote on the brexit bill has lost not only those supporters who wanted the UK to leave the EU, but also those who wanted  the UK to remain. Even sympathetic commentators seem to have second thoughts about him. Recent poll ratings for Labour, despite having an overall increased membership, have continued to plummet. Many desperate people want him to resign, despite the fact that the fellow MPs in the leadership contests were simply not good enough, and there weren’t any others who could realistically challenge him.

In spite of all this, Labour has defied the so-called bad news predictions so far. But even if the party win both the by-elections, they will still be suffering from what commentators call an existential crisis and until they start addressing the real issues that ordinary people care about and putting forward new ideas on how society could be improved, they could be heading for electoral irrelevance.