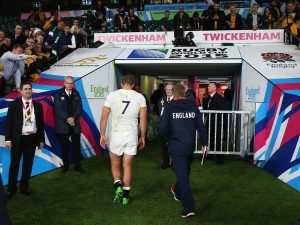 Oh dear. Within a space of nearly 18 months, England’s finest team sportsmen find themselves crashing out of the early stages of big tournaments.

On the back of past failings in football and cricket, the rugby union players suffered not only an early exit from the World Cup after the defeat by Australia, it was also the first time a hosting nation has fallen at this stage. It’s as if one has been told by your guests to leave your own party.

Oh, who gives a stuff? The World Cup will be better off without a team which literally stank the place out anyway….