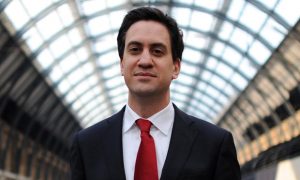 Less than a week to go until the nation goes to the polls, has the Labour Party thrown in the towel already?

Throughout the general election campaign, party leader Ed Miliband has repeatedly said that they refuse to do any deals or enter into any loose alliances with the Scottish National Party, even though the current opinion polls show that neither Labour nor the Conservatives will get an overall majority on May 8th (To be honest, I never liked opinion polls, I’d rather have the real poll, when we’ll get the results of how the nation actually voted).

That would be a mistake on Miliband’s part. Commentators argue that what he’s saying amounts to desperation. Labour has lost significant public support in Scotland, not just because they campaigned with the Conservatives against independence in last year’s referendum, but also, like in the rest of the country, they had often taken their core supporters for granted. This plays into the hands of political opponents, particularly the SNP.

It would be far better for Labour to end this phoney war with the SNP and start negotiations. This would bring about a grand coalition with SNP, Liberal Democrats, Greens and Plaid Cymru at Westminster, which could thwart the Conservatives. Despite the tensions, relations between the Conservatives and Liberal Democrats showed that different parties can work together in government.

If Labour think they can still win an overall Westminster majority, they must be living on a different planet…..